To give you an idea about the challenges our clients were facing and how we jointly overcame them, we offer you here a collection of anonymized past projects as downloads. 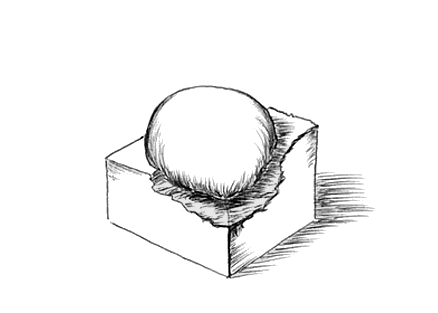 Very high prices for fossil fuels and the demand to reduce the emission of greenhouse gases led a successful entrepreneur with access to inexpensive biomass to set up a new business. Energy-contracting for large facilities, houses, etc.

A wealth of ideas and technical details around the idea had been gathered by different experts. However, a coherent story including the vision, strategy, and a consistent financial plan were missing. König & Consultants was asked to develop a business plan that would convince potential investors.

A persuasive business plan including a financial model of the new business was written within a short time-frame by applying very tight project management and employing a cross functional teams.

Please download the pdf here to read the full story

Over the last two decades our Client, a metals producer, had invested hundreds of million euros in environmental, health, and safety technology and thereby had become the industry’s best practice. Not only did they meet and underscore the regulatory limits and rules, but they also outperformed households in the relative reduction of CO2 emissions. Nevertheless, in the public’s perception they were still a potential health hazard and polluter of the environment.

Further large investments agreed to with the ministry of environment would only bring small increments in emissions reductions but this time be accompanied by a larger communications effort. The campaign should raise the public awareness for our Client’s past, present, and future efforts and initiate an open dialogue with the public about the issue and build trust.

As a result of the implementation of a carefully developed communication concept a change in style towards an open and fully transparent communication of environmental, health, and safety issues was established. The trust earned through this initiative even enabled our Client to weather through the storm caused by an accident leading to temporary water pollution and massive fish deaths.

A recently appointed manager of a newly structured central service division (1,000 employees) was looking to form his new management group into a team, develop business plans including appropriate measures for each of their seven departments, and to reposition the division from a mere service provider to a value enhancer and creator within the company. Part of the challenge was the integration of service departments in a newly acquired subsidiary.

Driven by external difficulties (e.g. economic or socio-demographic trends, changes in customer behaviour) or internal challenges (e.g. departure of key-personal, adjustment of corporate culture and communication to rapid-growth) companies constantly need to change the way they are run and how their people interact.

A law firm who had lost some key people to terminal illness and external recruiters was in such a challenging situation. However our Client, the partner-group of a law firm, was wrapped up in daily operations and therefore did not find the right time and approach to introduce a change. Here, our systematic approach „Mastering change“ supported and guided him in the change effort successfully without absorbing enormous internal resources.